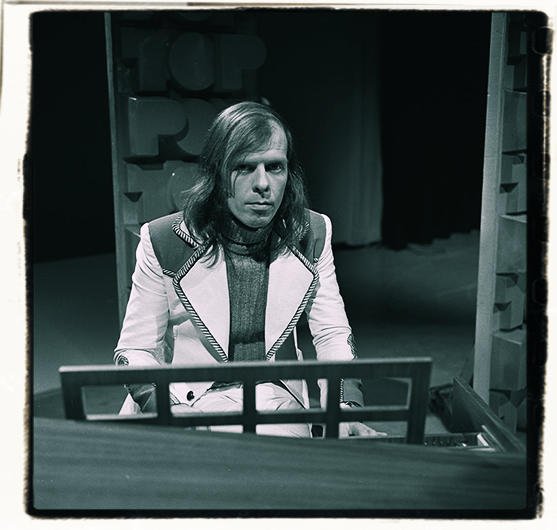 Was a short-lived British instrumental studio-based group that had a top 10 hit with the Johann Sebastian Bach–inspired single “Joy” in 1972.

The recording of “Joy” as performed by Apollo 100 is a nearly note-for-note remake of the arrangement of “Jesu, Joy of Man’s Desiring” (but with modern pop music flourishes like percussion, electric guitar and bass) recorded by the British band Jigsaw on their 1970 debut album Letherslade Farm.

Tom Parker (November 1, 1944 – April 18, 2013) was an accomplished arranger responsible for most of the successful arrangements; Parker is a multi-instrumentalist, having played keyboards, clarinet, saxophone, trumpet, trombone, and a number of other instruments from an early age. He put together the band in 1972, with drummer Clem Cattini, guitarist Vic Flick, guitarist Zed Jenkins, percussionist Jim Lawless, and bassist Brian Odgers.

Their first single, “Joy”, based on Bach’s “Jesu, Joy of Man’s Desiring”, rose to number 6 on the pop singles chart in the US. None of their subsequent efforts were as successful, and they broke up in 1973.

Recordings by Apollo 100 you can hear at Instrumentals Forever: