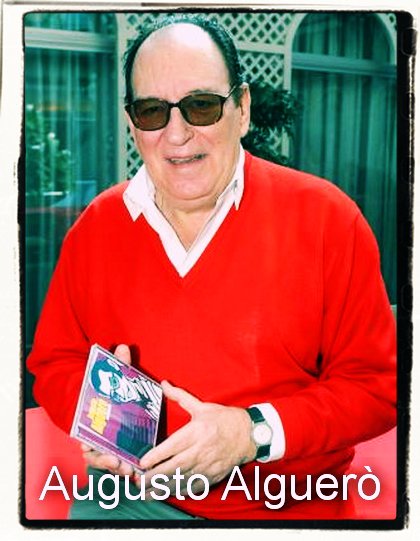 Among his most famous cover songs are “Penélope”, which was performed by Joan Manuel Serrat but also by Paul Mauriat, as well as “Noelia” (Nino Bravo), “Tómbola” (Marisol) and “La chica yé-yé”. In 1961, Algueró wrote the debut entry of Spain in the Eurovision Song Contest, “Estando contigo” by Conchita Bautista.

The great majority of his songs were composed using lyrics by Antonio Guijarro, sung by famous Spanish artists and became hits, making Alguero very popular in Spain and Latin America. In all, during the course of his career, Algueró wrote more than 500 songs and about 200 musical scores for films and television.