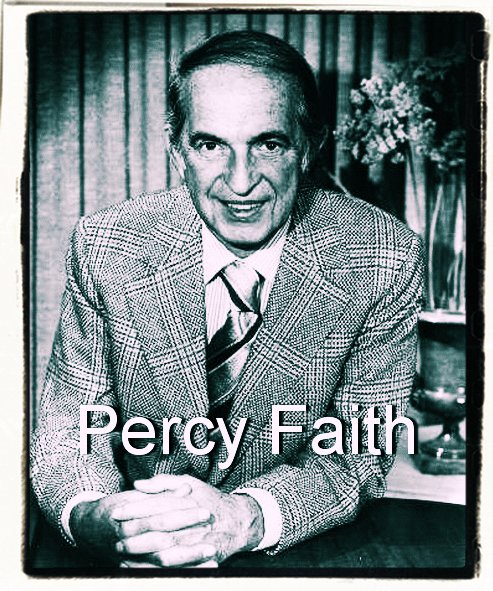 He is often credited with popularizing the “easy listening” or “mood music” format. Faith became a staple of American popular music in the 1950s and continued well into the 1960s. Though his professional orchestra-leading career began at the height of the swing era, Faith refined and rethought orchestration techniques, including use of large string sections, to soften and fill out the brass-dominated popular music of the 1940s. He made many recordings for Voice of America.

After working briefly for Decca Records, he worked for Mitch Miller at Columbia Records, where he turned out dozens of albums and provided arrangements for many of the pop singers of the 1950s, including Tony Bennett, Doris Day, Johnny Mathis for Mathis’s 1958 Christmas album titled Merry Christmas, and Guy Mitchell for whom Faith co-wrote with Carl Sigman Mitchell’s number-one single, “My Heart Cries for You”. With the advent of harder rock sounds in the 1970s, Faith’s elegant arrangements fell out of favor with the listening and record-buying public, although he continued to release albums as diverse and contemporary as Jesus Christ Superstar and Black Magic Woman.

He released one album of country music and two albums of disco-oriented arrangements toward the end of his forty-year career, his very last recording being a disco-style reworking of “Theme from a Summer Place”, titled “Summer Place ’76”, which was a minor and posthumous hit.

Recordings by Percy Faith you can hear at Instrumentals Forever: