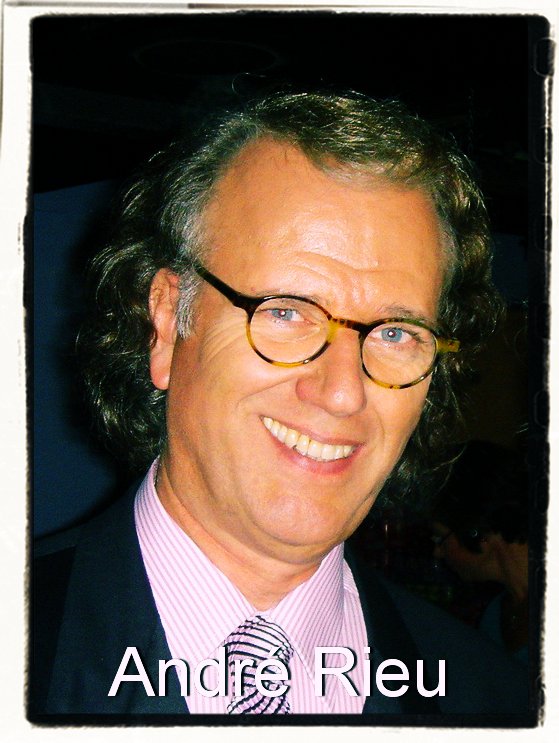 André Léon Marie Nicolas Rieu (Maastricht, October 1, 1949) is a Dutch violinist and orchestra conductor who, with his performances of popular classical works by Johann Strauss and others, is known to the general public.

Although his commercial approach has attracted much criticism, he has been popular with a wide audience around the world for thirty years. Rieu plays a Stradivarius from 1732. His Johann Strauß Orchestra started with 12 members in 1987, with the first concert on January 1, 1988.

As the years progressed, the company grew, which now plays with 80 to 150 musicians.
Rieu plays with his orchestra all over the world: in Europe, North and South America and in Australia. The shows are so big that they can compete with rock performances: in 2008 the tour of Rieu had a replica of the castle of Sissi, at that time the largest tour set ever.

The big breakthrough came in 1994 with the Second Waltz from the Suite for Variété orchestra of Dmitri Shostakovich, which became an unexpected (hit) success.

Recordings by André Rieu you can hear at Instrumentals Forever: