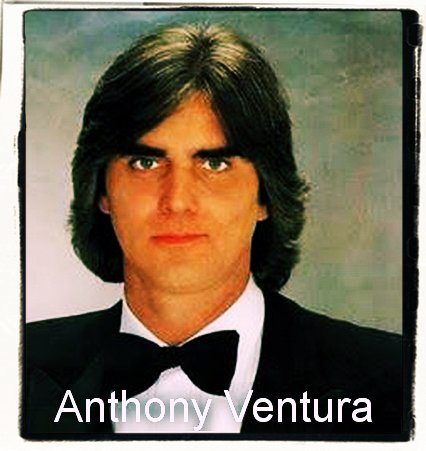 Werner Becker (Celle, December 4, 1943), aka Anthony Ventura, is a German musician, arranger and music producer. Grown up is Werner Becker in Hamburg-Harburg. For music, he came in childhood by the fortunate circumstance that a neighbor of the Beckers had to give a piano and he got it including piano lessons. In 1972, Becker joined as a pianist in his band Randy Pie. The musical claim that set her apart from the Krautrock bands of that time, however, did not translate into commercial success, so that he continued to work alongside as an arranger.

In 1973, producer Reinhard Streit had the idea of releasing the hit “Je t’aime … moi non plus”, which he had helped make a success in 1969, in a relaxed Hammond orchestral version. Werner Becker took over the arranging, mixing and recording with numerous orchestra soloists. For the first album “Je t’aime – Traum Melodien”, further classics were orchestrated. Because of Becker’s Randy Pie engagement, it was released under the artist name “Orchestra Anthony Ventura”. He successfully established his own orchestral sound for the big easy listening market and ten albums of the Je-t’aime-series were released in short intervals until 1982.

The sixth Je-t’aime album became the first number 1 album of the project under the title 20 Traum Melodien at the turn of the year 1977/78. It sold over 1 million copies. Also in Austria, where the album reached number 2, Anthony Ventura was meanwhile very successful. In the following years, the popularity of dance orchestras decreased more and more and when Reinhard Streit, the inventor of the project, retired at the end of the 1980s, Becker hired the orchestra “Anthony Ventura”.

A brief resurgence between 1992 and 1995 produced three more albums, but no longer followed on from earlier successes. Anthony Ventura has sold more than ten million albums in total and has received two gold awards.

Recordings by Anthony Ventura you can hear at Instrumentals Forever: