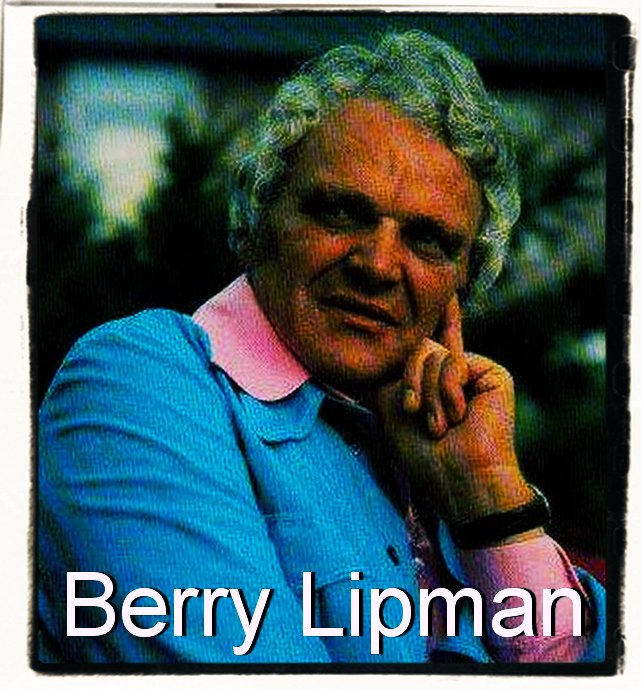 Berry Lipman born as Friedel Berlipp (Burgdorf, January 11, 1921 – Bergheim, August 1, 2016) was a German bandleader, composer, arranger and music producer. Lipman began his career with classical violin lessons and was stationed with the Luftwaffe music corps in Celle and Oldenburg during the Second World War from 1940. As a soldier in the Second World War he lost two fingers, so he switched to the guitar.

In 1945 he got his first engagement as a musician with a guest contract at the Staatstheater Oldenburg. In 1947 he went to the Wuppertal Theatre as a composer and came into contact with Rhythm & Blues as arranger, composer and instrumentalist at the NWDR and SWF Koblenz. From 1952 he played as guitarist and percussionist with Harald Banter, with whom he also performed at the German Jazz Festival in 1955.

In 1955 he became orchestra leader and composer for the record label EMI and worked for Gitte, Conny Froboess, Chris Howland, Lale Andersen, Cliff Richard, Charles Aznavour, Dalida, Zarah Leander and many others. In 1964 the record company Deutsche Vogue took him on as chief producer; he produced Petula Clark, Pat Boone, Billy Vaughn, Dionne Warwick and Jonny Teupen, among others.

In 1967 he became an independent music producer. His first worldwide success was the “Keep on Smiling”, sung by James Lloyd. He founded the Berry Lipman Orchestra, which distinguished itself by playing many evergreens in the then typical easy listening style. The orchestra’s two greatest hits were “The Girls from Paramaribo” and “La Parranda”, which Berry Lipman also composed himself.

Recordings by Berry Lipman you can hear at Instrumentals Forever: