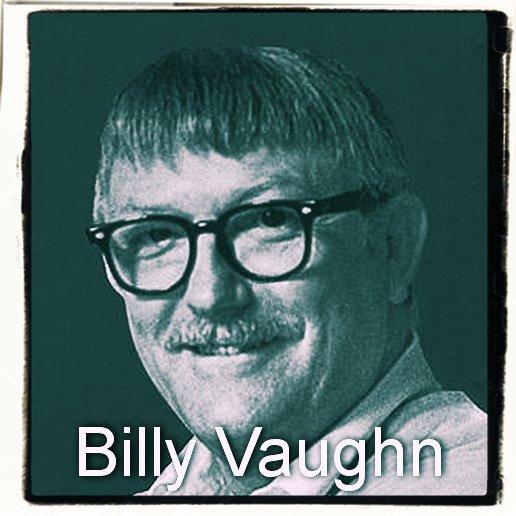 Richard Smith Vaughn (April 12, 1919 – September 26, 1991), known as Billy Vaughn, was an American singer, multi-instrumentalist, orchestra leader, and A&R man for Dot Records. Vaughn was born in Glasgow, Kentucky, United States, where his father, Alvis Radford Vaughn, was a barber who loved music and inspired Billy to teach himself to play the mandolin at the age of three, while suffering from measles.

He went on to learn several other instruments. Vaughn charted a total of 42 singles on the Billboard charts, often based on the sound of two alto saxophones. He also charted thirty-six albums on the Billboard 200, beginning with 1958’s Sail Along Silv’ry Moon and ending with 1970’s Winter World of Love.

The Billy Vaughn Orchestra, produced by the Tate Corporation, Japan, toured Japan in 2013, 2014, and again in 2018 to sell-out audiences.

Recordings by Billy Vaughn you can hear at Instrumentals Forever: