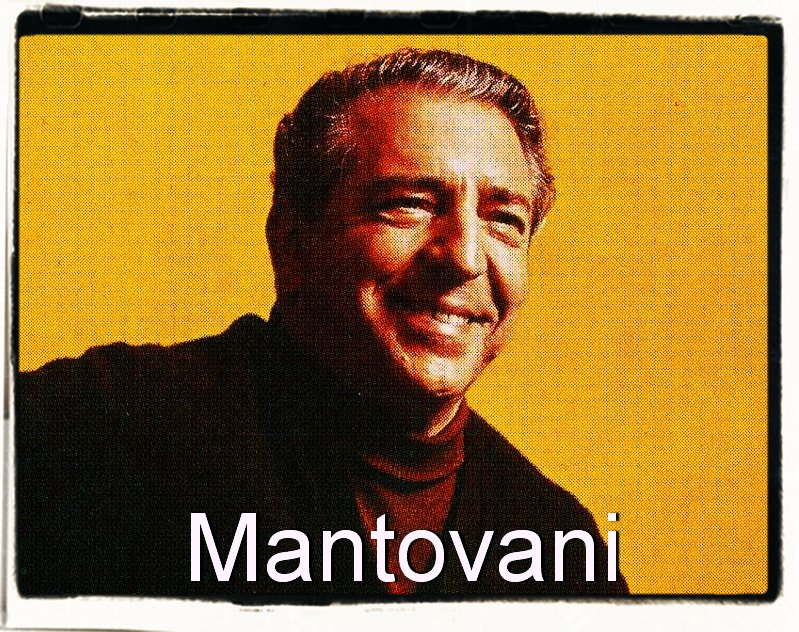 Mantovani was born into a musical family. His father, Bismarck, served as the concertmaster of La Scala opera house’s orchestra in Milan, under the baton of Arturo Toscanini. The family moved to England in 1912, where young Annunzio studied at Trinity College of Music in London. After graduation, he formed his own orchestra, which played in and around Birmingham.

By the time World War II broke out, his orchestra was one of the most popular British dance bands, both on BBC radio broadcasts and in live performances. The cascading strings technique developed by Binge became Mantovani’s hallmark in such hits arranged by Binge as “Charmaine”. Binge developed this technique to replicate the echo experienced in venues such as cathedrals and he achieved this goal through arranging skill alone. His style survived through an ever-changing variety of musical styles prompting Variety to call him “the biggest musical phenomenon of the twentieth century”.

The book British Hit Singles & Albums states that he was “Britain’s most successful album act before the Beatles…the first act to sell over one million stereo albums and [have] six albums simultaneously in the US Top 30 in 1959”. During his lifetime, Mantovani did not always get respect from his fellow musicians.

When George Martin first suggested overdubbing Paul McCartney’s recording of Yesterday with strings, McCartney’s initial reaction, according to Martin, was that he didn’t want it sounding like Mantovani. Martin therefore used a more classical sound, employing a string quartet.

Recordings by Mantovani you can hear at Instrumentals Forever: